You're a brain in a vat that's being held in some dingy basement (yes, that's academy of sciences). They force you to evaluate deductions all day long. Are you persistent enough to win yourself freedom? Take part in a great logic competition. Prove that syllogistic is no mystery to you and you're worth to be called a son of Aristotle. Good luck! 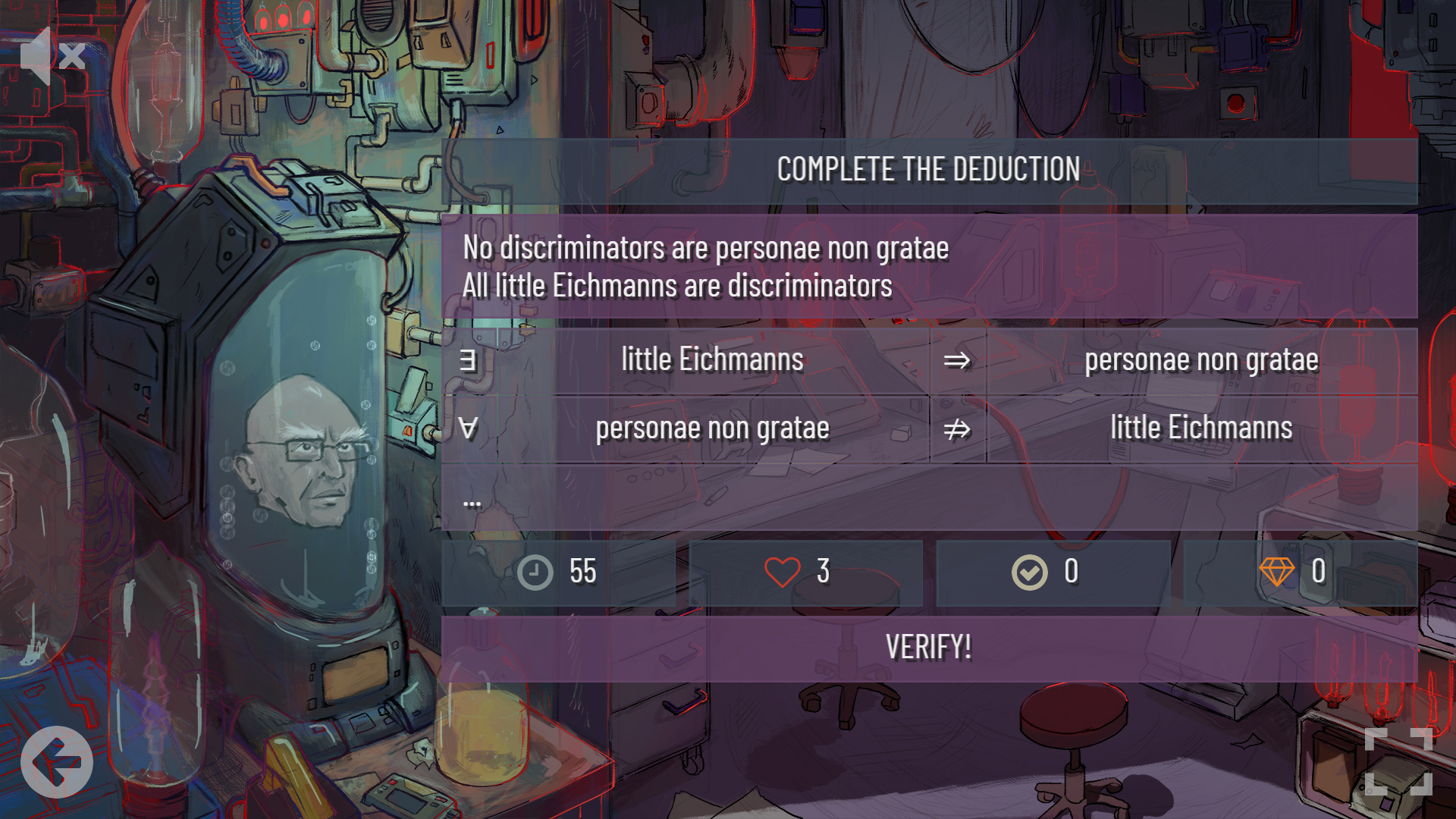